Includes 19% Mwst.
plus shipping
Out of Stock

The best drinking cup for kids, for hiking around

Today it is rarer with us than silver or gold cups. Much healthier and cheaper!

The ideal drinking vessel where health, durability and weight are important. Drinking cups made of birch bark from Siberia

Cleaning is very easy. Since the birch bark does not accept anything: hot water – wash out – READY!

And HERE you can find more about the BIRCH ZB:

Birch trees are deciduous, summer green trees or bushes. THEY ARE ONE OF THE VERY FAST AND HIGH-GROWING WOODS AND CAN REACH HEIGHTS OF UP TO 7 METERS AFTER SIX YEARS; FULLY-GROWN IT CAN BE UP TO 30 METERS, IN SOMETIMES EVEN HIGHER. THE BIRCH TREES GROW WITH INDIVIDUAL OR OFTEN WITH SEVERAL TRUNKS. SINGLE COPIES CAN REACH UP TO 160 YEARS OF AGE.

AND / Or about the BIRCH BARK ZB:

BIRCHES ARE NOT COLLECTED BUT PEELED IN EARLY SUMMER! BIRCH BARK IS THE FASTEST GROWING RAW MATERIAL!

Birch bark, the raw material that can still be used infinitely, which our ancestors already knew in the Stone Age and used for many things in everyday life.

The first plastic glue made from birch bark. It is proven that the Neanderthals already attached their arrow and spearheads with an adhesive that they produced from birch bark . More than 40,000 years have passed since then.

Birch bark – say many scientists – was known to people over 200,000 years ago. As an adhesive, wound dressings-birch bark is antiseptic and antibacterial.

Or as shoes, hats, containers, sleeping mats, also drinking cups made of birch bark, for beauty care and more.

The cambium, the lower layer of the birch bark, is edible and contains, among other things, the sugar alcohol xylitol 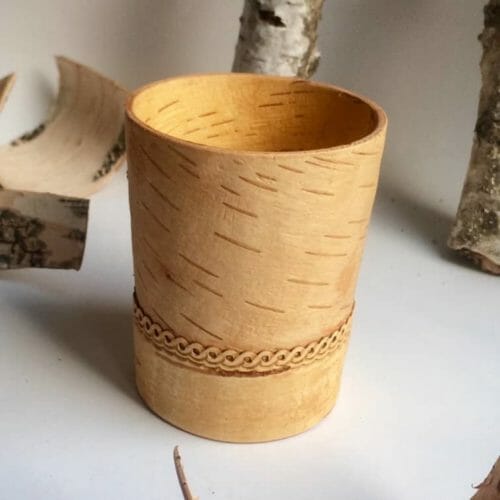