Includes 19% Mwst.
plus shipping
Out of Stock

The birch – deciduous trees– the sacred tree of Poland, Finland. In addition, the Baltic States and Russia as well as the natives of North America. Everyone knew how to use the birch bark, for example for canoeing and also as a storage box, because of its antiseptic effect. The Storage jar Siberian mythology , is made in Siberia, where this one tradition is still alive.

D. he drawings on the cans are said to be from a cave with prehistoric drawings come– hence the name. And of course everything is handmade! Mezen painting – one of the oldest Russian handicrafts. Folk artists decorated most household items with mezen paintings.

Birch bark has been used for at least 50,000 years, e.g. The Neanderthals made it the world’s first plastic adhesive. Just like clothes, jewellery and household utensils. Read more!!

Storage jar Siberian mythology , as a decoration or food container. Always one eyenweide!

Suitable for storage for everyone and everything – including tea.

You haven’t had a better – and healthier – storage container in your hand.

Birch bark is antibacterial and antiseptic. (read our article about birch bark

Store tea, flour and rice and everything you can think of.

Birch bark is the bark of several Eurasian and North American birches of the genus Betula.

The strong and water-repellent cardboard bark can be easily cut, bent and also sewn, making it a valuable building, crafting and writing material since prehistoric times. Even today, birch bark is a popular type of wood for various handicrafts and arts.

Birch bark also contains substances of medical and chemical interest. Some of these products (such as betulin) also have fungicidal properties that contribute to the preservation of gutry artifacts, as well as foods stored in gutry containers.

Birch bark is a valuable building material. In all parts of the world where birch trees are available. Containers, as well as packaging, bags, baskets, boxes or quivers were made by most companies long before the invention of ceramics from birch bark.

In North America, the native population used birch bark for canoes and wigwams

In Russia, for example, many birch-rinsing manuscripts from the Middle Ages have been preserved.

In Scandinavia and Finland, the bark was used as a substrate for grass roofs and birch bark roofs. 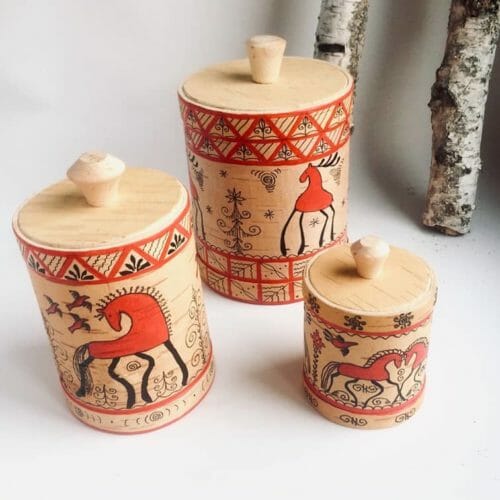