is a Plant species of the genus of citrus plants in the family of the diamond family (Rutaceae). Other names are: Zedrate, medic apple, apple from media, Jewish apple . The origin of the Zedrat is Southeast Asia, today it is grown mainly in Sicily, Crete, Corsica and in Marroko.

This specialty from southern Italy is only available in limited quantities. The essential oil is pressed from the shells of the huge zedrat lemons, which are otherwise mainly known as candied fruits for baked goods. The fragrance is reminiscent of lemon and also a little of bergamot. The properties of the essential oil are comparable to the lemon scent: refreshing, invigorating and uplifting.

For 1ltr. Essential oil is needed for about 200kg fruit peels. For therapeutic treatments, the fruits should come from organic farming.

When Alexander the Great conquered the Achaemeniden Empire in the 4th century BC, the lemon was already widespread there. In his wake, Greek scholars captured the peculiarities of the conquered regions, including the cultivated plants. The lemon was described as a “medic apple”. The collected records did not reach Greece after Alexander’s death in 323 BC, but remained in the archives of Babylon.
The lemon is mentioned in the Vedas, a collection of sacred texts written in Sanskrit before the 8th century BC. It is associated there with the Indian Kubera, the Vedic god of wealth, merchants, merchants and treasures of the earth. Due to this attribution and probably because of the size of the fruit and its golden color, the lemon became a symbol of prosperity. The lemon reappears in a faded ceiling painting in one of the caves of Ajanta. The caves were built during the Vakataka dynasty in the 5th century and in one of the caves scenes from the life of Buddha alternate with representations of flowers and fruits

The effect on the soul is: Inspiring, stimulating, activating, good in mental exhaustion, cocentric, as well as vitalizing and more 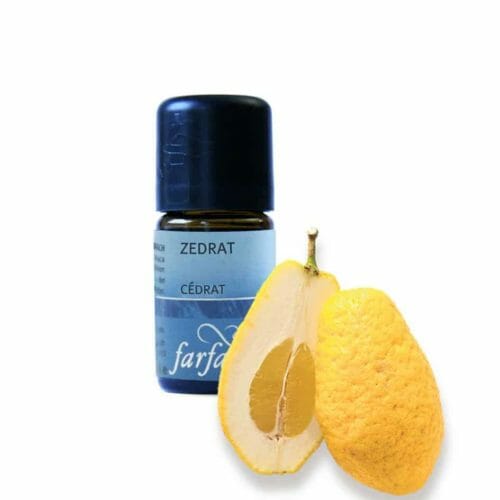