Orange bitter or Pomeranze: The home of the Pomeranzen is no longer detectable. Probably the first trees with the orange fruit grew in the southern, tropical areas of the Himalayas or in the mountainous regions of China. What is certain, however, is that the tree has been cultivated mainly because of its aromatic fruit, and has been for over 4000 years. (Wikipedia) The bitter orange tree is a diamond plant. (rutaceae). It grows mainly in the Mediterranean and grows up to about 10m high.

The name Orange originally goes back to the Dravid word “naram” from South Asia, which has evolved over Sanskrit “naranga”, Farsi “nareng” = preferred by elephants, Arabic “narandsch” to the Spanish “naranja”. The colour orange is therefore named after the fruit. The scientific name addition aurantium goes back to the Latin aurum = gold and denotes the color of the fruit. The term Pomeranze, on the other hand, is derived from the Latin pomum aurantium = golden apple.

The orange bitter originated from a cross between mandarin (Citrus reticulata) and Pampelmuse (Citrus maxima). The Arabs brought the plant west via the Silk Road, as early as 1002 there were bitter orange plantations in Sicily. The further north the bitter oranges got, the more problematic the climate became for the frost-sensitive trees. In the Baroque period, therefore, the princes had orangeries built, large greenhouses for various citrus fruits, in which the bitter orange was also cultivated. After importing the sweet orange, however, the Pomeranze lost its popularity and was often only used as a robust propfpad for other citrus fruits, i.e. as a strong trunk, on which branches of other citrus varieties grow grafted.

For 1ltr essential oil about 2000 fruits are necessary.

As the name suggests, orange bitter, essential oil has an aroma reminiscent of a cross between the sweetness of orange and the slight bitterness of grapefruit.

For the fragrance lamp: Very mixable with incense,clove, jasmine and cinnamon 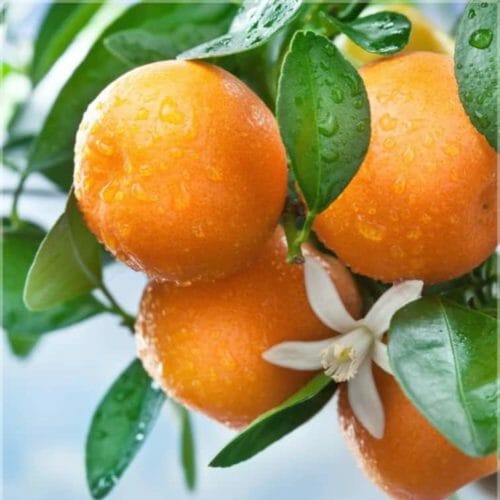