The Silver acacia ( Acacia dealbata ), but also as False mimosa called, belongs to the large genus of acacia ( Acacia ) in the plant family: Fabaceae. The silver acacia is native to southeast Australia. This species is often called in Europe mimosa designated. The mimosa absolute is obtained from the flowers. In the southern England This frost-sensitive species will survive winter, but will flower better in climates with longer, drier summers. The silver acacia is often called in Europe mimosa in France because of its heyday also as Winter mimosa ( mimosa d’hiver ) (Wikipedia)

Mimosa absolute is tough and honey-like, which is why it is dissolved in wine spirit and sold ready-to-use.

The effect on the soul is: Relaxed, calming, mentally strengthening, harmonizing. Helps with sleep disorders and depressive moods, and much more

The real mimosa, in which the delicate feathery leaves close at every touch, is not a tree, but a South American, overgrown subshrub, blooms purple and contains substances that are toxic to humans. 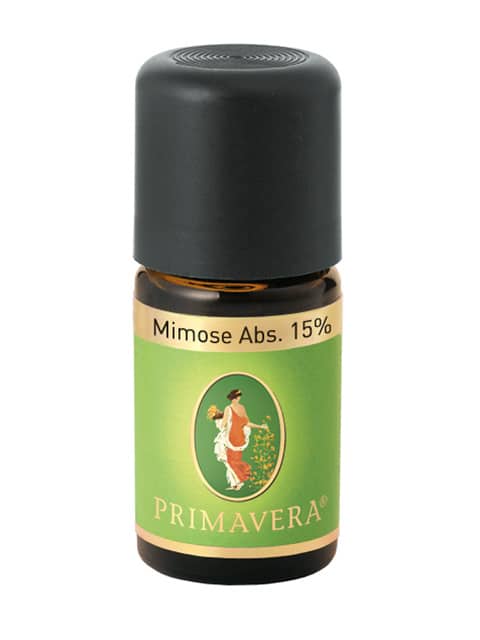