Part of the plant: fruit

The Cocoa tree ( Theobroma cacao ). The Theobroma (Cocoa trees) is an evergreen tree that belongs to the mallow family (formerly sterculia family). It is kept up to 20m high – but on plantations at about 4m. Occurrence today mainly in South America and Africa. Although the “food of the gods” was probably the first to be cultivated by the Aztecs and Mayas of Central America (around the 13th century), it probably originated in South America. The cocoa tree has been there since around 1000 BC. known. With the Aztecs, the cocoa bean was also a coveted means of payment and was used in rituals. Cocoa found its way into Europe around 1500. The organic cocoa extract from Primavera comes from Peru.

1 liter of oil is obtained from 13 kg of fruit

A beautiful old Mayan legend about cocoa is as follows: After the creation of the world, the oceans, plants and animals, the Mayan deity only had one remaining task, namely to create humanity. First the deity worked with mud, then with wood, and finally with stone – but all to no avail. Eventually, with divine creativity and understanding, the deity used natural materials such as water, earth, corn and various fruits, including cocoa. And so they say that there is some cocoa in everyone.

TIP: 25 drops of cocoa oil
6 drops of vanilla essential oil
Mix the oils in about 100 ml jojoba oil or a body cream. 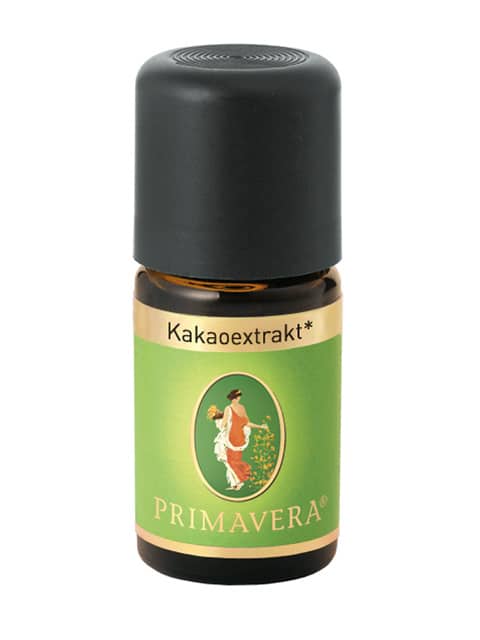