The Balsamtanne (Abies balsamea) is a species of plant in the Abiesfamily. It grows in northeastern North America, where it colonizes both low and mountainous land. It is considered relatively undemanding compared to the site and is frost hardy. In many parts of the natural distribution area, it represents the climate tree species.

The balsamic fir can live up to 245 years and is therefore relatively short-lived The needles and the resin exude an aromatic fragrance, to which the artepitheton balsamea refers to ‘fragrant’.

Today, only wood has an economic significance. In the past, Canada balm was extracted from the resin bubbles of the young trees, which served as adhesives in optical devices as well as as embedding agents for microscopic preparations. More recently, however, Canada balm has been increasingly supplanted by synthetic substances. The balsamic fir is the provincial tree and thus a kind of landmark of the Canadian province of New Brunswick

Indigenous Canadians have liked to use branches, needles and flower cones for medical, spiritual and practical purposes. For example, it was often used together with juniper swarms in hot baths. it was considered sacred by the natives of the American continent and almost as a pharmacy for all sorts of remedies, because almost every part of the tree can be used for different ailments.

The essential oil is: Strengthening, earthing, opening up to media work, opens “Third Eye”. In addition, it acts on the crown chakra, is also soothing, soothing in case of anxiety and stress.

Good for supporting media things such as yoga, meditation, rituals.

TIP: For a bath, add 6-8 drops of essential balsamic oil to a tablespoon of honey to emulsify and dissolve in warm bath water. 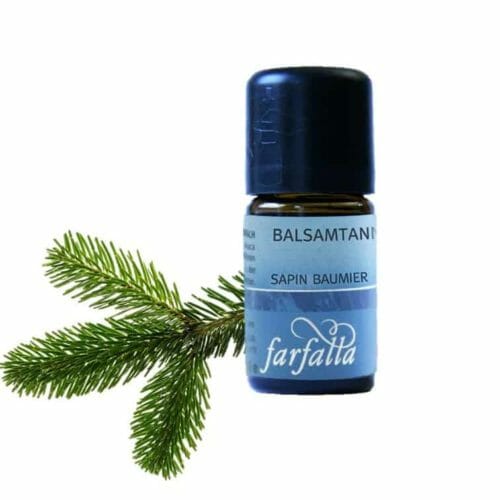